Do you know what tomorrow is?

*collective shrieking of writers all over the world*

This is my first year properly participating–unlike last year when I sort of forgot all about the fact that I meant to write the whole month long + life happened.

Am I nervous? Hah. I’m on the nervous level of a gingersnap on a cookie platter in front of a little boy right now.

Am I excited? YOU HAVE NO IDEA. I’ve counting down the days and I have this grand plan of getting up at 5:00 a.am on work days so I can write, and I’ve warned my family in advance that I may become a hermit, and–*flailing*  Half of my excitement could be attributed to the fact that I am in love with my story, which reminds me of the whole point of this post: who wants to know what Annie is writing for NaNo?

FYI: I’m planning on writing most of my book in longhand–which is how I usually first-draft–so that means I’m aiming for a lower word goal that 50,000. Basically I am going rogue and turning NaNo into Camp NaNo.

(also FYI: some of you may recognize this as the book I worked on briefly for last NaNo. I’m hoping to finish it this time around. Absolutely. Definitely and for sure.)

Cue the Beautiful Books questionnaire hosted by Cait and Sky wherein I divulge never-before-revealed secrets of…. 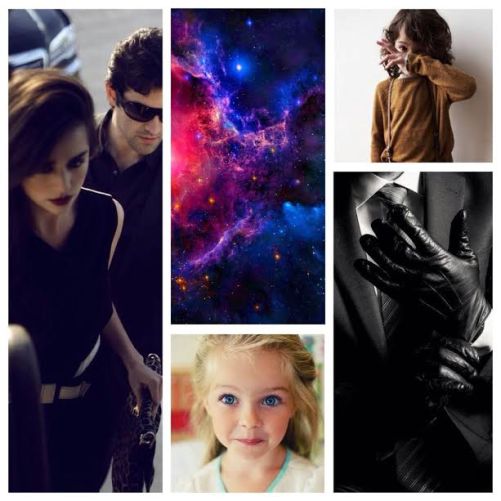 What inspired the idea for your novel, and how long have you had the idea?

Witchling is the book that was never supposed to exist. It’s actually the sequel to I am Juliette, the first book in my series of science fiction fairytale re-tellings. When I first started toying with the idea of a sci-fi Beauty and the Beast re-telling I sternly ordered myself to keep it a standalone novel because I have a very bad habit of spinning every story into a series. That would not be the case with I am Juliette, I declared.

*laughs at poor, ignorant, innocent Past Self*

(If we’re getting technically it was actually a character’s fault. He mentioned someone briefly in IAJ and, of course, my curiosity got the better of me and I had to find out all about said charrie. So, it is my fault? Never mind. Carry on.)

I think Witchling has been in the works for roughly a year and a half? And when I say “in the works” that means I have 10,000 words of the first draft written. Everything else is still in that lovely, ethereal realm of Not-Quite-Sure-What-Is-Happening-But-It’ll-Be-Glorious.

Describe what your novel is about!

a) it’s a Hansel and Gretel re-telling which makes me all the happy because I adore that particular fairytale almost as much as Beauty and the Beast. Largely because of the gingerbread house, I expect, but also because the children are such darling, intrepid humans and the story is quintessentially fairytale.

So think Hansel and Gretel.

Hansel and Gretel in space + poisoned gingerbread and hypnosis and possible immortals and espionage and chilling assassins and double, possibly triple, secret agents and brainwashing and classical music and deadly gardens and foot chases and masks both visible and invisible.

What is your book’s aesthetic? Use words or photos or whatever you like.

Introduce us to each of your characters!

The Witchling. lost girl taken under a monster’s wing. she’s like a siren but one who lives in space + keeps a greenhouse and burns souffles on the side. broken sense of morals. collects mementos of victims. brilliant exploiter of people’s weaknesses. trickster sense of humor. feeds off adrenaline-filled situations. her true self is hidden behind a finely-crafted blend of masks–so deeply hidden she would not recognize it if she saw it. her insecurity is real. (also, despite her name she isn’t actually a witch. Just too mesmerizing and enchanting for her own good.)

The Wolf Master. monster with the face of an angel. Moriarty-complex. he doesn’t lurk in the shadows: he owns them. obsessed with people’s minds and souls. literally has no boundaries when it comes to “playing God.” taught the Witchling everything she knows. passionate swordsman. he only fears one thing, but he fears it so much he’s been running away his entire life.

Erik Halsey. skilled soldier with more secrets than anyone guesses. has an alarming knack of speaking bluntly. probably breaks down every locked door he encounters. will defend the people he cares about to his last drop of blood. kind of really hates politics and double-speak: is unfortunately involved in both. loves all cookies and just wants his own island in the middle of nowhere. eventually. there are children to do something about first.

Hans(el). fiercely protective older brother. heartrendingly precocious. ponders everything from all angles. has an aversion for dark rooms. will go sleepless and hungry rather than trust anyone. has picked up a decent amount of English alongside his native German. if you ask him for a hug he might bite instead.

Greta(el).  little ray of sunshine. anchor for her brother. hoards all things shiny. does the begging puppy eyes ridiculously well. barely talks and only in German. love language is touch.

How do you prepare to write? (Outline, research, stocking up on chocolate, howling, etc.?)

What are you most looking forward to about this novel?

Honestly, the fact that it’s a Hansel and Gretel re-telling is enough to make me spazz happily—which I do a lot when I think about this book (I adore that fairytale if that isn’t perfectly clear to you by now).

I am head-over-heels in love with the cast of characters, and I can’t wait to spend more (and more, and more) time with them. Be still my beating heart.

Also, the sibling-angst is strong in this one. And I’m incorporating a non-romantic friendship between a man and a woman—which is something that matters a lot to me. Bring it on, gingersnaps.

*really just loves everything about this book* *could go on for hours* *must be considerate, my precious*

What’s your character’s goal and who (or what) stands in the way?

Fulfilling each and every one of her orders to the utmost degree of perfection. What stands in her way? Hansel and Gretel and, ultimately, herself.

(Keep in mind that these are the Witchling’s goals at the beginning of the book. Lots of shenanigans and morally grey situations go down after that.)

How does your protagonist change by the end of the novel?

By the end of the novel the Witchling’s world has been turned upside-down. She’s started to think for herself, to make her own decisions, she’s realizing what she thought was truthful, was right, might not be at all—and it discomforts her a lot more than she likes.

How has she changed beyond that?

(you knew it was coming at some point)

What are your book’s themes? How do you want readers to feel when the story is over?

I put a lot more of my heart into this book than I initially realized and, whilst I am Juliette feels like a healing book to me, Witchling has more of an element of digging deep, of bringing dark things to the surface, of brokenness and what that means in a person’s life, of staring untruths in the face and saying “I refuse to believe you. I refuse to let you shape who I am.”

I have an idea of how I want readers to feel but I don’t think I can put it into words yet. BUT. I do want them to be really, really eager to find out exactly what happens to the Witchling and the rest of the charries in the next book.

If you’re participating in NaNo what are you writing about? And if you aren’t a writer, whose stories are you stalking next month? TELL ME ALL.