Today I’m introducing you to my fledgling future NaNoWriMo novel.

But before you all start reading super fast to get to the actual questions (from Beautiful Books hosted by the ever talented Cait and Sky.) I have a Thing To Say. It is this: I write books longhand — as the darling regular bloggy readers know — which means that the most I’ve written in a single day was roughly 2,500. And I almost died afterwards.   My point?

I know that means I can’t officially win, but I don’t mind — I think the glow of passing my own set word-count will be more than enough to make me happy. Plus, there’s other less-than-fifty-thousand-words NaNo-ers (such as her lovely self) who I can jog along with. My plan is to write roughly 2,ooo words every week day — taking weekends off — and that should end up being roughly 40,000 words all together.

I’m giving myself some leniency ahead of time since I’m a plantser (hybrid plotter/pantser) and currently I have a beginning and an ending, but the middle is lost in grey haze.

In the meanwhile, it’s time to introduce you to my precious baby. 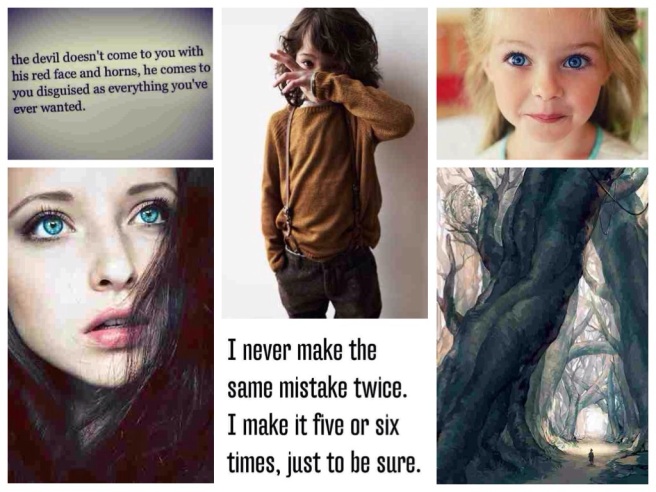 1. How did you come up with the idea for your novel, and how long have you had the idea?

It’s actually the sequel to I am Juliette, which is the first book in my light sci-fi series of fairytale re-tellings. Witchling was born from a chance sentence a character spoke in IAJ (I think this is the first time a charrie has been so helpful in the history of ever) and I’ve been collecting bits and pieces of inspiration for about a year now.

2. Why are you excited to write this novel?

Because espionage and poisoned gingerbread and futuristic tech and terrifying snakes and precious child-siblings and hypnotizing voices and deep space legends and assassinations and foot chases and battles of wits.

3. What is your novel about, and what is the title?

Witching is a re-telling of Hansel and Gretel. I haven’t written a synopsis or even a tiny blurb, but basically being hypnotized happens and also gingerbread. Think Hansel and Gretel, but in space and futuristic and with twisty storylines and chilling antagonists.

4. Sum up your characters in one word each. (Feel free to add pictures!)

(except more wolfish and villainous.)

5. Which character(s) do you think will be your favourite to write? Tell us about them!

Hands down, it’s the Witchling (who, despite her name, isn’t a witch. Only a bit too enchanting and mesmerizing for her own good..) The Wolf Master will be fun to write too, because I enjoy writing villains far too much.

6. What is your protagonist’s goal, and what stands in the way?

Fulfilling each and every one of her orders. What stands in her way? Hansel and Gretel and, ultimately, herself.

7. Where is your novel set? (Show us pictures if you have them!)

It swaps back and forth between earth and space, but mostly it’s in space. So lots of spacey-wacey things going on.

8. What is the most important relationship your character has?

The Witchling has three main relationships in the book. I would say the most important are the bond she has with the Wolf Master (because he cages her in) and with the children (because they show the Witchling her bars).

9. How does your protagonist change by the end of the novel?

She realizes that masks are actually pretty traps, and making someone the center of your world, to the point of idolizing them, is not wise.

Poisoning gingerbread is not such a brilliant idea either.

10. What themes are in your book? How do you want your readers to feel when the story is over?

NaNoWriMo BONUS: Tell us your 3 best pieces of advice for others trying to write a book in a month.

Since this is my first time participating in NaNo, I don’t have any advice really (except, rewards are Important Things, lovelies).

Why don’t we swap this around, and all of you experienced NaNo-ers tell me your advice for surviving National Novel Writing Month?

And while you’re at it, if you want to buddy me I’m Curious Wren over there!

Also, I will be sharing snippets on my twitter because I won’t be able to resist.

November is going to be so exciting, humans. O.O

Let’s do this thing.

(Oh! On Sunday I’m posting the finalists for the 2015 Blogger Book Awards — Best Character. And on Monday I’ll be making a Very Exciting Announcement along with Schuyler and Emily. Which I am stoked about so be on the lookout, everybody!)